themeltedsunshineson Our world, the great melting pot of ideas.

You Gotta Fill Those Reservoirs! 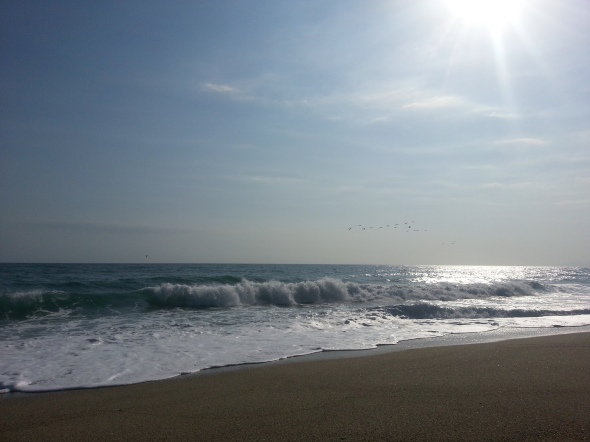 This morning we woke up in paradise.

“I feel like I’m hatching from an egg every time I get out of that hammock,” Ash said, struggling free of hers, slung in a line of four.

We ate the oats that hadn’t spilled through my backpack, with water and bananas. 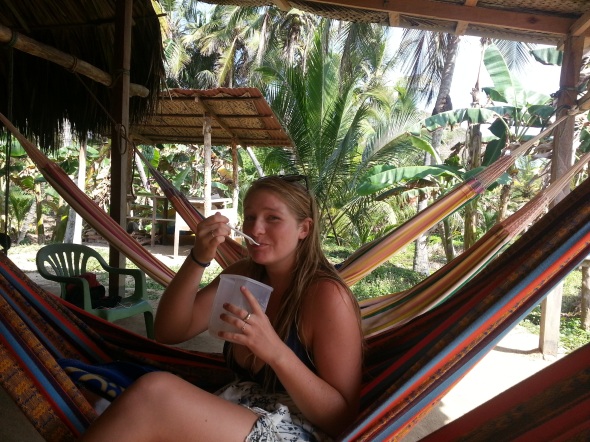 A great part of Colombia is the iguanas you can spot perched in trees.

We hung around (literally) in hammocks talking smack at our campsite. I relished the energy of these three great ladies.

Ashley- The oldest in our quartet, with some delightful life experience up her sleeve. Running on German time, topped with good humour and utterly settled into herself. Whatever you need she probably has in her backpack. Nail file, sardines, pack of cards. Choosing to really live in Colombia (not just say she did, while only talking to other foreigners)- with a Colombian family in a small town down south, taking Spanish lessons and saying “yes” to most cultural opportunities that come her way. My partner in crime while we learned scuba diving, always up for a dark ale. A proud Newfy. Constantly bemused by Fiona.

Fiona- A Ugandan/Boston glamour with a whacked-out view on the world who makes me laugh at least once an hour. Often times more. Youthful, inquisitive and refreshingly strange. In a word, unique. Looking wistfully into the horizon she will declare, “Logic is the greatest threat to imagination,” before laughing at herself. A total babe, often found posing bikini-clad, with beautiful black skin, against scenes of ocean, coconut trees and bunches of bananas, so every time I glance up I‘m confronted by a postcard. More to her than you first garner – perseverance and enjoyment for life, and some street smarts. Going to live an interesting life.

Meg- The calm energy that flows through our group. Unflappable, caring and with a laid-back Aussie humour that makes me ache for home as though I’d just had Vegemite. Patient as a hunting hawk and far more mature than her age would normally dictate. A real giver and over-packer. Brought more shoes to Colombia than I put in storage at home. A definite island of sanity for me in the wash of loud, strange experiences that is Colombian life. Known to prefer bike or skateboard to feet. Heart of gold.

There’s even dishes in the jungle. Sigh.

Last night we’d built a failing fire on the sand. Green kindling the only at our disposal. Bear Grylls would have shaken his head, then asked his camera-man for some kerosene.

Our fire failed slowly as we spoke Spanglish with three chicos from Bucaramanga. They worked in hospitality, they told us, offering around rum and mandarins. They taught us some cool slang to say to our students, and were impressed we already knew ‘chichipato’.

We had beers and salad for dinner. Like all good athletes.

The next morning I caught the aggressive little waves, scrambling free before they pounded my head into the pebbles and shattered baby shells that made up the beach.

I met Juan Stephen from Medellin who was there with his surfer girlfriend. What a place for romance. He had a nipple pierced and an assortment of random tattoos. Probably the look I’d create for myself if I were a young, Colombian surfer bro. Good on you mate.

I was due to meet my housemates in the desert that evening. Little did I know how many forms of odd transport lay ahead of me.

It was April Fool’s Day.

I tried to text them; “Won’t make it, just jumped off a bus before he’d stopped properly and have broken my ankle. On way to Santa Marta hospital L Battery almost dead. Call later.”

No service. Dammit paradise!
And April Fool’s Day runs out at midday. 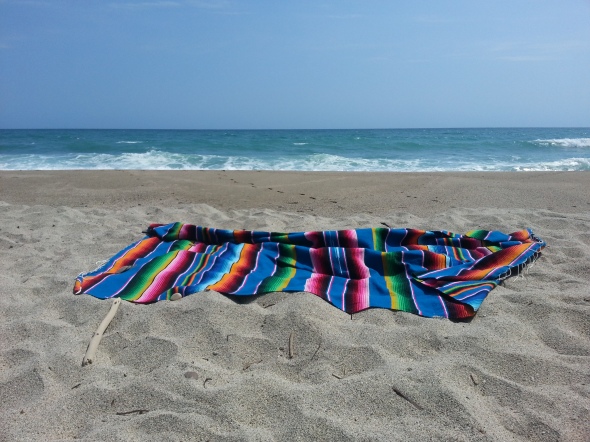 A beautiful sight. Helping hand when a friend can’t swim.

I lay on the beach with Meg. The rainbowed threads of her Mexican blanket mirrored my mood. Amazing what good company can do to the spirits.

Red toenail polish, chipping off, poking through white sand. Blue and white waves biting the coast. Palms and peace and nothing but.

It was perfect here. And perfect doesn’t find you that often in the average week.

A guy was trying to surf in the 3m stretch between the breaking waves and the shore. I hoped he knew what he was doing. They were the kind of waves that enjoy snapping boards and necks.

I scouted out a green coconut, shook it for milk. It sounded just perfect. A hombre at the little juice bar on the sand cracked it for us. Hammering his machete down in expert blows. Ending with all his fingers still attached, sweet coconut water and a stack of the white fruit.

I sat in utter delight munching that white flesh.

Lunch for next month.

A great guy told me something a great girl told him; People have reservoirs. We need to fill these reservoirs up with the good stuff, so we can drink from them in the shitty times.

Two days of the great conversation that female friendships are made up of.

Fiona regaled us with tales of her kingdom and Queen from Uganda. Whose name she didn’t know. We traded ridiculous banter. We talked about how Ash and I had made each other laugh underwater until we had to swim in opposite directions, lest our instructor refuse to certify us for scuba. Meg patiently corrected my Spanish.

I walked out to the road just after 1pm to flag down a bus and begin hoofing it up north to the desert. My reservoirs full to overflowing.

Never put up with bad people in your life. There are too many good ones out there. 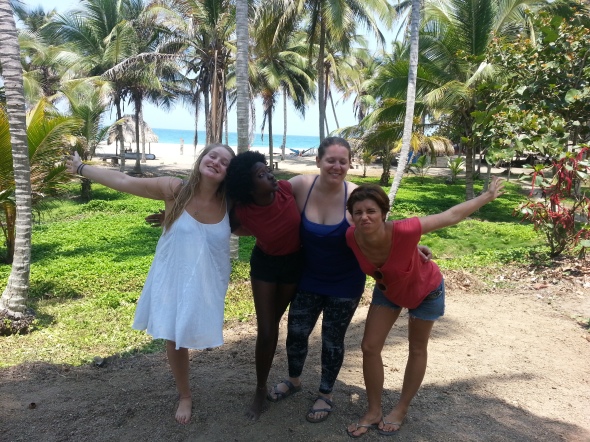